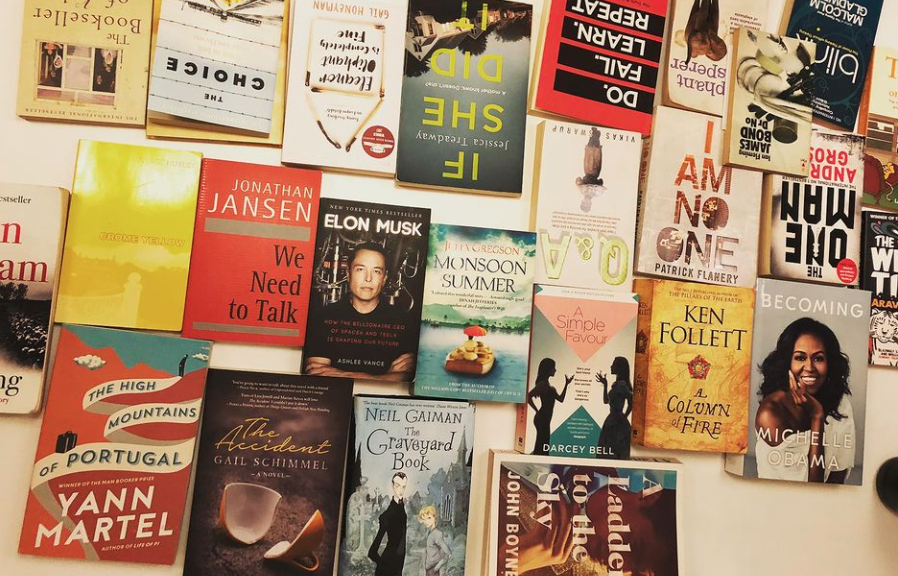 A couple of years ago I got a group of friends together and we started a book club. The club has various functions. Firstly, it allows us to share books among members of the group. This saves an awful lot of money, with a new paperback now costing in the region of R330! (Imagine having to fork that out two or three times a month.) Secondly, it provides us with a forum to discuss our thoughts about the respective books, compare notes and make recommendations. Thirdly, it makes sure we see each other on a regular basis – in a responsible, physically distanced way, of course.

Many of the books we read are good. Some are truly excellent, while others earn the vitriolic wrath of book club members. (Jeffrey Archer, for example, would not be welcome, given his latest atrocious trilogy.)

Here are a few of the excellent books I have read over the past year or two:

The Echo Chamber by John Boyne

This is a hilarious romp of a novel, by one of my favourite authors, that highlights the trouble one can land in through the inappropriate use of social media.

Boyne himself was involved in a scandal after writing My Brother’s Name is Jessica, a book about a transgender person. Is The Echo Chamber his response to his critics?

This review sums up The Echo Chamber rather nicely.

Set in an alternate past, this book follows the story of Charlie Friend and his relationship with a synthetic human. The book imagines a period in the 1980s as if  Argentina won the Falklands War, Alan Turing is still alive and the world has already been introduced to the Internet, social media, and self-driving cars.

A Gentleman in Moscow by Amor Towles

This is a beautifully told story set in the years following the Russian revolution. The book tells the tale of an obdurate aristocrat who is sentenced to live out his days under house arrest in a posh Moscow hotel. I loved it. This Instagram reviewer didn’t… although she captures the story really well:

Us Against You by Fredrik Backman

Another one of my favourite authors, Backman tells the story of rivalry between the residents of two small, ice hockey-obsessed towns. After reading it I discovered it was the second in a series of two books, the first one being Beartown. It didn’t matter. Us Against You stood up perfectly on its own… but I am still keen to read Beartown. (I’m holding out for someone to put it into book club sometime soon. Otherwise I will have to read it on my Kindle.)

The World That We Knew by Alice Hoffman

A little bit of magical realism tinges this tale of three women on the run from the Nazis during the Second World War. Here’s the author on the inspiration behind the story: